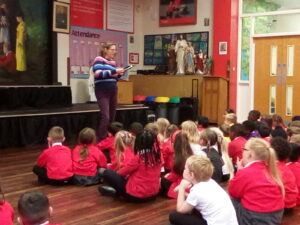 Today Year and Year 1 were lucky enough to be visited by author Paula Harrison. Paula introduced the children to her book series about Kitty. In his exciting series, Kitty is a superhero in training with feline superpowers. Paula talked to the children about how she became a writer and what inspired her to create the series. She inspired the children by telling them that one of the best things about writing stories is that you have total control. YOU decide what the story is about. YOU can decide where everything happens. YOU can choose the main character. You can let your imagination go wild and do whatever you like! 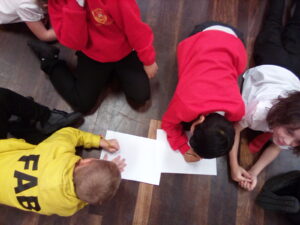 Paula asked the children to work in pairs to create a new character. The children needed to think of a character that had an animal like quality that became a superpower. The children had such fun being imaginative and using their creativity to create many weird and wonderful new superhero characters! Paula was certainly very impressed with their efforts! The children worked very hard and represented our school so well. At the end of the day, Oxford University Press parked their big yellow camper van outside and handed out free books to the children. Some children had the opportunity to sit inside and listen to Paula read part of her book to them and we were even lucky enough to be featured on BBC Midlands Today. What a surprise! 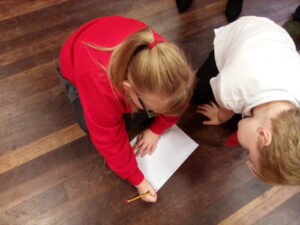 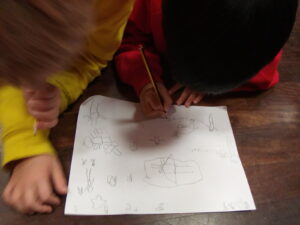